Why should the Stop Valve have a Low Inlet and a High Outlet?

The shut-off valve is designed for low inlet and high outlet, the purpose is to make the flow resistance small and save effort when opening the valve. At the same time, when the valve is closed, the gasket between the valve casing and the valve cover and the packing around the valve stem will not be stressed, and will not be subjected to medium pressure and temperature for a long time, which can prolong the service life and reduce the probability of leakage. In addition, the packing can be replaced or added when the valve is closed for easy maintenance.

Many people think that the stop valve is low in and high out, but it is not. In general, the shut-off valve is a low inlet and high outlet.

There are some special cases where the shut-off valve is high inlet and low outlet:

1. High-pressure stop valve with a diameter greater than 100mm

In order to ensure the tightness of the valve during an overhaul period, valves that frequently open and close are required to install two shut-off valves in series. 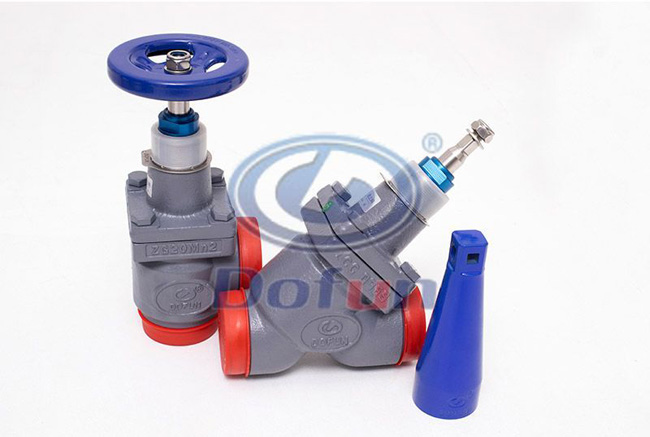 For bypass systems, the installation functions of this bypass include:

The vent shut-off valve is only used in the boiler start-up and water supply process. The opening and closing frequency are small, but it often causes the loss of working fluid due to the lack of sealing. For this reason, some companies install this type of shut-off valve in order to improve the tightness.

Generally, it is difficult to close the valve if a low inlet and high outlet are used under large diameter and high-pressure conditions. If low inlet and high output are used under high pressure and large diameter conditions, the valve stem will be easily deformed and bent underwater pressure for a long time, which will affect the safety and sealing of the valve; If you choose the high and low position, the diameter of the valve stem can be smaller, and it will save a little cost for the manufacturers and users.

The above information is provided by the stop valve supplier.

Next: Safe Operation of Refrigeration Valves