2. All the machines running in the machine room should be stopped. When the operator finds that the compressor is leaking ammonia, stop it immediately and according to his position, turn off the nearby machines when the accident machine is turned off.

4. Quickly turn on all emergency exhaust fans in the ammonia compressor room.

5. When dealing with the accident, spray the leaking ammonia area with a water pipe to dissolve the ammonia and water. Pay attention to the waterproof protection of the compressor motor.

After discovering ammonia leakage from the ammonia valve, the nearest control valves on both sides of the accident valve should be quickly closed, and special equipment for plugging valve leakage should be used to stop the leakage.

If the valve on the container leaks ammonia, the nearest valve before the leak valve should be closed, and the liquid inlet and air inlet valves of the container should be closed. When conditions and environment permit, the relevant valves should be opened quickly, and pressure-reduced discharge to the low-pressure system should be carried out. When dealing with a leakage accident, the exhaust fan should be turned on for ventilation. 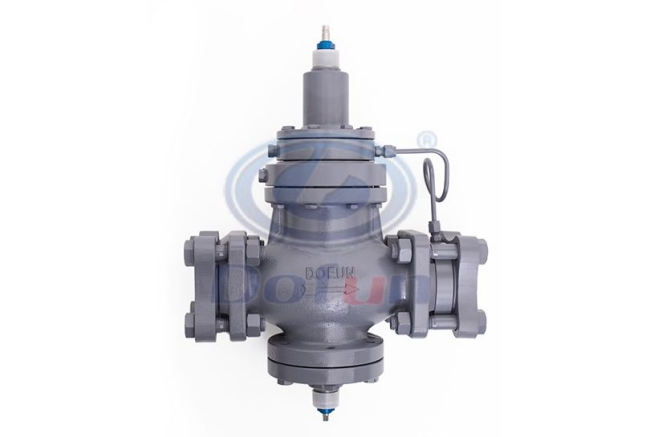 If ammonia leakage is found in the pipeline, the nearest control valves on both sides of the accident pipeline should be quickly closed to cut off the source of ammonia liquid. And take the method of temporary pipe clamp to seal the leaks and cracks, and then evacuate the accident site.

Discharge into the system: Generally, the oil discharge pipe and liquid discharge pipe of the equipment should be used to discharge the ammonia liquid from the leaking ammonia container to other lower pressure containers.

For the discharge to the outside of the system, in special circumstances, in order to reduce the leakage of ammonia from the accident equipment and avoid casualties, the ammonia is put into the pool through the tandem equipment drain pipe and pressure-resistant rubber pipe to ensure safety. When discharging ammonia liquid or ammonia gas to the outside, be careful not to open the valve too big or too hard to prevent the hose connection from falling off and causing accidents.

The above information is provided by the refrigeration valve manufacturer.

Next: How to Select the Throttling Mechanism of the Cold Storage Refrigeration Device?